A downloadable game for Windows, macOS, and Linux

THIS IS A PROTOTYPE BUILD. EVERYTHING IS SUBJECT TO CHANGE

Tidetale is an Ocean-Themed Metroidvania, set on a hidden island with ancient magic echoing from its depths. You awaken on the beach, no memory of how you arrived, and only your Saber at your side.

Delve into the depths of this strange island, and uncover its secrets.

This prototype features only one area, which can be fully explored. It demonstrates many of the core mechanics of the game. You can play with keyboard or gamepad.

This prototype is now very outdated. You can join our Discord here for more information. We publish development updates and have a very active and supportive community, whose suggestions and interaction have shaped our project to what it is today.

Great game!!! I liked the graphic style and music.

Reply
The SoftestThing1 year ago

The game was great, and I loved the art design, even if a little inconsistent. One question I have tho, is what do you do with the second key? I've looked everywhere but cant seem to find another door

no shit it plays like hollow knight, SMH yall uncultured swine, it was origionally based on quirell as the protagonist

yeah no its just hollow knight

Not every Metroidvania is hollow knight

No, it's actually just hollow knight but free, when it comes to the attack swings at has the same decal as the nail swing in hollow night, and the soul meter is the same thing as much as the health too. It also has the same sounds but some aren't copied.

Sound guy here. I recorded and mixed pretty much every piece of audio you hear. They may sound similar, but they weren't copied.

Very good game! The control is easy to master, the enemies and the level design is fantastic, I especially loved the Lighthouse that appears in the background and the soundtrack is perfect for the game, regarding the character he looks very cold, he does not show any expression, perhaps in the future this changes but this is simply my opinion, good game.

Looks and sounds great! The controls are very cloudy, making it impossible to pogo, and this is incredibly similar to hollow knight mechanically and aesthetically. The wall climb boss was good, but it kept repeating its worst attack.

You guys are very talented, with time and fine tweaking you could make something really good! The problem is that to turn it from extremely similar hollow knight to somewhat similar, this will have to go through a lot of changes. Overall, I can't wait too look at more of the stuff you'll make, and hope somewhere down the line you'll find a great and original concept and make something truly special.

(I just learnt this used to be a fangame, so big changes are probably already an idea.)

I give most of my thoughts in this video but, overall, TideTale seems like a game with some decent potential. I hope it does well!

jumping is too floaty. otherwise hope this grows to be less hollow Knight-y and more its own thing.

I think this game be like hollow knight and I LOVE IT.

I couldn't find starter file for linux. I can see only .exe file but it is useless for linux.  Where is the direction of .sh file ? or How can i run in linux?

Hey Dev, I included this one on the indie game playlist!

This looks vaguely similar to hollow knight, was that your inspiration, cause I love hollow knight. Pretty cool.

Hiiii, I've made a video about the game and wanted to share some feedback about it, hopefully it is useful to you ^^

-The concept of the game works quite well.

-The game visually looks quite good and very cohesive between zones.

-The gameplay mechanics are good, but they need a lot of technical improvements as there's a noticeable input lag playing with a controller, and that makes quite hard some precision movements.

Hopefully this is useful to you :D, also if you could subscribe that would help me a lot :)

Hello, I tried this game and holy crap. This felt so good to play. I made an entire video about it. If your curious you can check it down below. I made some points about it as well.

Really fun game! I love the art! Can't wait for the full release!!

Looks amazing ive been trying to learn how to do a 2d slash like yours, could you let me know how you made it.

This was originally a Hollow Knight Fangame, with Quirrel as the main character. Due to legal and creative concerns, the project switched to an original IP, and has been gradually shifting towards being more original.

Congratulations nice game... I invite you to visit my Channel 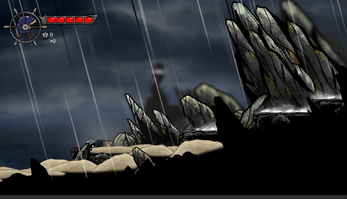 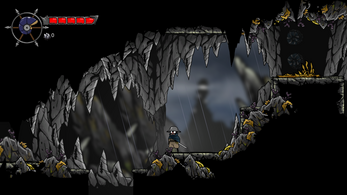 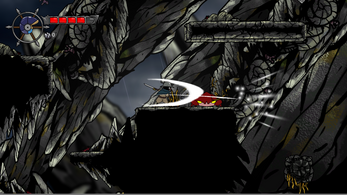 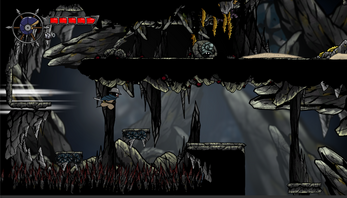 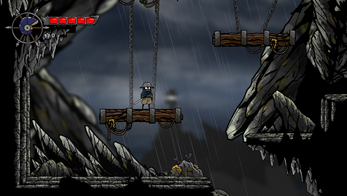